Five Bright Spots on the Cardinals

Leave a comment Posted by Christine Coleman on July 7, 2010

Let’s just forget yesterday happened. Rockies – who? The Cardinals haven’t even played them yet this season! Tonight will be the first time in 2010 because the calendar always goes from July 5 to 7, right?

Although I guess ignoring the game would mean ignoring that the Cardinals did score 9 runs last night – 3 on a powerful two-out Matt Holliday homer (with a runner in scoring position!) – which is definitely a plus for this season’s mostly inconsistent offense. That also would overlook the fact Blake Hawksworth pitched well enough to continually get out of trouble for five innings. So maybe we’ll just forget the 9th inning and instead look at five bright spots on the 2010 Cardinals. 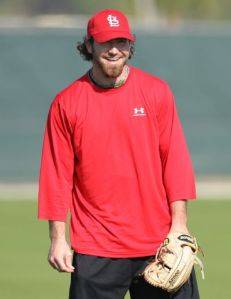 Motte
He had a “perfect game” and more earlier this season, when he retired 32 consecutive batters. He’s been a reliable, and entertaining to watch, presence from the bullpen and has 36 strikeouts in 33 innings pitched, as well as two saves. 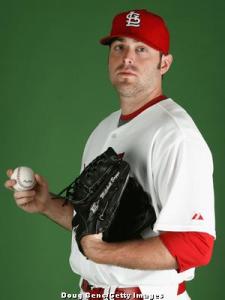 2. Mitchell Boggs
As noted in the Post-Dispatch last Thursday, Boggs is thriving out of the Cards bullpen. At that point, “in Mitchell Boggs’ last two appearances, the Cardinals’ reliever has entered the game with opponents on base, a taut game on the line, and an All-Star or a .320 hitter as his assignment. He’s managed to retire both of them. It took him two pitches, total.” Since then, he’s pitched 2.1 scoreless innings, giving up two hits and striking out two. 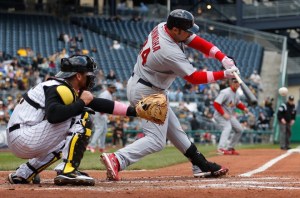 3. Nick Stavinoha
A Baby Bird who’s been around the whole season, Nick has been playing more regularly instead of just pinch-hitting as he’d done earlier in the season. He’s hit a little better off the bench than as a starter, and both of his homers – including the memorable one off Trevor Hoffman at the beginning of the season – have been when he’s pinch-hitting. 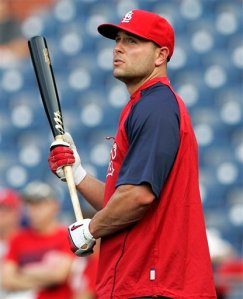 4. Matt Holliday since June 1
The man we call Hunky has been heating up since the beginning of June, with 7 of his 12 homers coming in the last five weeks. Since he traditionally hits better in the second half, his production since the beginning of June gives us much to look forward to in the months ahead. (By the way, has anyone ever heard the nickname “Big Daddy” used for him? I haven’t, but that’s what’s listed on his Baseball Reference page.) 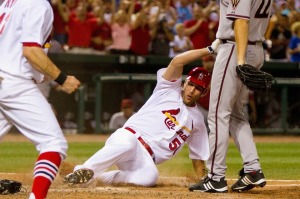 wright
Let’s save the best for last. Is there anything he can’t do? Not only does he lead National League pitchers in strikeouts with 123, is second in the NL with 12 wins and is third in the league with a 2.24 ERA (just behind Jaime Garcia’s 2.10), he also has hit 4 doubles and has 4 RBI this year at the plate AND scores game-winning runs when he pinch-hits. He has finally been named to the All-Star team as well – could he be the starter for the National League? That would be a well-deserved honor.

Then there’s the beauty of baseball: today’s a new day, tonight’s a new game. Plus Jaime Garcia is starting. Things are looking up already …