Last night when I turned off the television and my computer for the evening, the Cardinals had just won their 6th straight game.  And what a game it was!  FOUR homeruns!  Albert Pujols kicked off the long ball party in the bottom of the 5th inning. Then Allen Craig followed suit with his first Major League homerun.  The very next batter, Skip Schumaker, stepped to the plate and hit his 3rd blast of the season.  Then in the 6th inning Randy Winn added his own dinger over the right field wall to make the score 8-4.  Throw in some spectacular defense from Brendan Ryan and I was a very happy baseball fan!

Winning – I could get used to that! 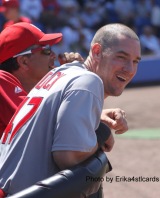 Even  more amazing is that the Cardinals are winning with our substitute starting pitchers Jeff Suppan and Blake Hawksworth. Plus manager Tony La Russa has rested several key players in the past two games, getting creative with starting lineups that have scared many fans.  But those beloved Baby Birds up from AAA are filling in quite nicely. Jon Jay continues to tear it up with a .372 batting average.

The Cardinals have stepped up their game since the All Star break and are playing some amazing baseball.  Whatever is in the water, I hope they keep drinking it, because THIS is the team I was expecting to show up in April.

More Good News! Ryan Ludwick is returning from the DL, heading to Memphis for a quick rehab stint before rejoining the Cardinals possibly this weekend (at least that is what Luddy thinks.) 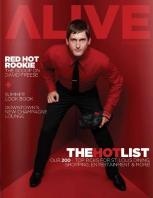 Bad News of the Morning: David Freese has apparently broken his left big toe by dropping a weight plate on it during a workout. Are you kidding me???  I am very thankful the Cardinals have figured out how to win without their complete starting roster, because Freese seems to be accident-prone.  If we were losing games, that news would have hit me a lot harder, but with the way things have been going lately it is hard to complain.  Hurry back David, before we forget why we loved you so much!

Maybe somebody should wrap him in bubble wrap for a few weeks to keep him safe! 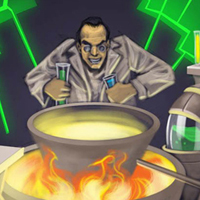 Have you read the rumblings about the lack of clubhouse chemistry?  Apparently GM John Mozeliak even commented that a midseason trade might add more personality to bring a positive vibe to the clubhouse.

You probably can imagine how I feel about it, but just in case you want to read more of my rant, check out my post today at Baseball Digest.com.  Just click here.

And over at i70baseball.com Angela has a great look at the resurgence of our Cardinals.  Here’s a shortcut for you!

Have a great day, Cards Fans!  Tonight our boys are working on their SEVENTH STRAIGHT WIN!  Maybe they can crush those nasty Phillies again with another Cardinal HomeRun Derby?!